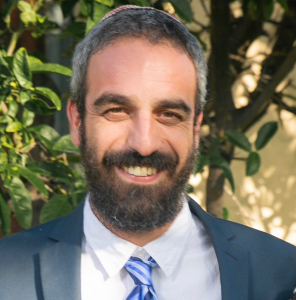 This week we read one of the most confounding stories of the entire Torah, the interesting episode of the scouts who were sent to explore the land of Israel. Moshe handpicked the scouts because of the high quality of their character. They were respected individuals who had achieved a high level of spirituality.

Yet these same scouts chose to speak badly about the land of Israel: “It is a land which consumes its inhabitants.” They emphasized the difficulty of living in the land of Israel, suggesting that entering the land would be no easy feat. Their slander of the land caused the entire congregation of Israel to weep and bemoan their fate. Some even wanted to return to Egypt. These events took place on the eve of the 9th of Av. Since then, this day has become a negative time during the Jewish year.

As we now know, the 40 years spent traveling in the desert were primarily dedicated to spiritual pursuits. During that time, the nation was surrounded by Hashem’s clouds of glory. The nation traveled with Hashem’s tabernacle in their midst and were guided by Moshe. The people of Israel witnessed Hashem’s presence constantly, on a daily basis.

The generation of the desert is also called “the generation of knowledge,” because they had a deep understanding of Hashem and of the higher order of things. Unfortunately, their close relationship with Hashem also led them to take many miracles they witnessed for granted. Their behavior resembled that of a spoiled child who does not always appreciate the deep love of his parents.

The scouts knew that when the nation came to Israel they would lose this special relationship with Hashem. They would need to work the land and raise their own crops. They were not interested in working so hard or in living this type of lifestyle. They sought a life completely dedicated to spiritual ascent, without the need to devote time to physical matters. They made the mistake of believing that it would be better to stay in the spiritual bubble of the desert.

However, a life dedicated solely to spiritual pursuits was not the purpose of leaving Egypt. The Exodus occurred in stages. One stage was receiving the Torah at Mt. Sinai. The next stage was entering into the land of Israel.

Israel is both a physical land and the pinnacle of holiness in the world. It is a place where the physical and spiritual unite within the physical realm. Living in Israel, inhabiting the land, engaging with it and elevating it—these processes symbolize our mission in this world: to make this world a dwelling place for Hashem.

By refining the material, physical world we achieve greater spiritual growth and elevation than when we are solely occupied in spiritual pursuits. The central purpose of our souls’ descent into this world is to uplift this world and reveal Hashem’s light inside of it.

Each one of us has a specific mission in our lives, a purpose that only we can fulfill. Finding our purpose is a crucial part of knowing where to focus our energy in life.

The Torah was given to imperfect human beings for this very reason. We live in an imperfect world.  To grow spiritually, we need to develop the ability to make decisions based on whatever situation we find ourselves in. The Torah is designed to guide us down the right path in each situation.

Our sages teach us that the Torah does not reside in the heavens. The Torah, and its teachings, are here with us in this world. We do our part by studying and integrating the Torah’s lessons into our lives. Torah must be lived in this world, not just studied in a theoretical manner.

Moshe desired to fulfill this intention and enter the Land of Israel together with the entire nation. However, HaShem had a different plan, and Joshua became the leader who led the Jewish people into the land.

May we be blessed to integrate the Torah and love of Hashem into our lives,